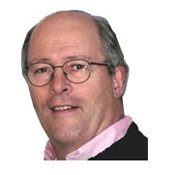 John Burnett joined Glia Group, Inc., and BankersOnline in 2004, and currently serves as Executive Editor. He is a 1990 honors graduate of the Stonier Graduate School of Banking and is an alumnus of the ABA National Compliance School, where he served on the faculty for several years.

John began his banking career in high school when he started as a teller at a $15 million bank that didn't have account numbers for its checking accounts (he says they actually filed by signature!) He joined Cape Cod Bank and Trust Company in 1971 and assumed the position of Compliance Officer in 1976. He also served as corporate secretary and secretary of CCBT's Board of Directors, as well as Clerk of the bank's holding company.

He was a member and Chair of the Massachusetts Bankers Association Legal and Regulatory Compliance Committee, and a member of the American Bankers Association Compliance Executive Committee and NCS/NGCS Advisory Board. He is a regular presenter of BOL Learning Connect webinars and a presenter at BOL Conferences events. As a BOL Guru, John assists bankers handle common and uncommon compliance challenges on the BankersOnline.com site and its paid subscription service, BankCompliance.com.

On May 17, 2022, the FDIC announced a final rule to expand its Advertisement of Membership rule to include the process by which the FDIC will identify and investigate conduct that may violate section 18(a)(4) of the Federal Deposit Insurance Act thro

It’s Monday morning, and a customer wants your bank not to honor a payment she initiated from her account over the weekend.

When your bank receives a claim that an ACH charge to a customer’s account was unauthorized, you have to respond correctly and your customer expects swift results.

The regulators’ attention continues to ebb and flow on banks’ and credit unions’ overdraft programs.

Have you taken care of all the Operations changes on your list from 2021? Did you put out all those “compliance fires” that popped up (there certainly were some), or are there still some smoldering?