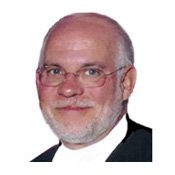 McGuinn has created numerous safe deposit operations, marketing, audit, security, disaster and compliance manuals, brochures, forms, training videos and Internet/audio training programs. His safe deposit products and training seminars are now recognized as the recommended standard for the financial industry. All of his safe deposit resource items can be reviewed at www.sdspec.com.

There are no Upcoming LIVE Webinars featuring this Presenter

Live Webinar - Are Safe Deposit Boxes on Their Way Out? September 22,2020

Live Webinar - Are Safe Deposit Boxes on Their Way Out? September 22,2020

The safe deposit operation is a unique, fast-changing service in the financial industry. It is the only product or service in which members of your staff do not know the value of a consumer's assets.